Manipulation on the Webpage of Sasun's Art Gallery List

Yesterday the art-sim Space 4 Art has been taken from the list of Sasun Steinbeck's Gallery-webpage. The reason is, that the administrator of Space 4 Art, Asmita Duranjaya, had found out, how manipulative and arbitrary the placement of the galleries is. She informed the owner of the kiosk-system and the webpage about her findings and announced her plan to make a photo-demonstration of the facts with the result, that the kiosk for Space 4 Art was eliminated one day later. So what has Sasun Steinbeck to hide? I will try to demonstrate with the screenshots, that Asmita could take until the moment of elimination. 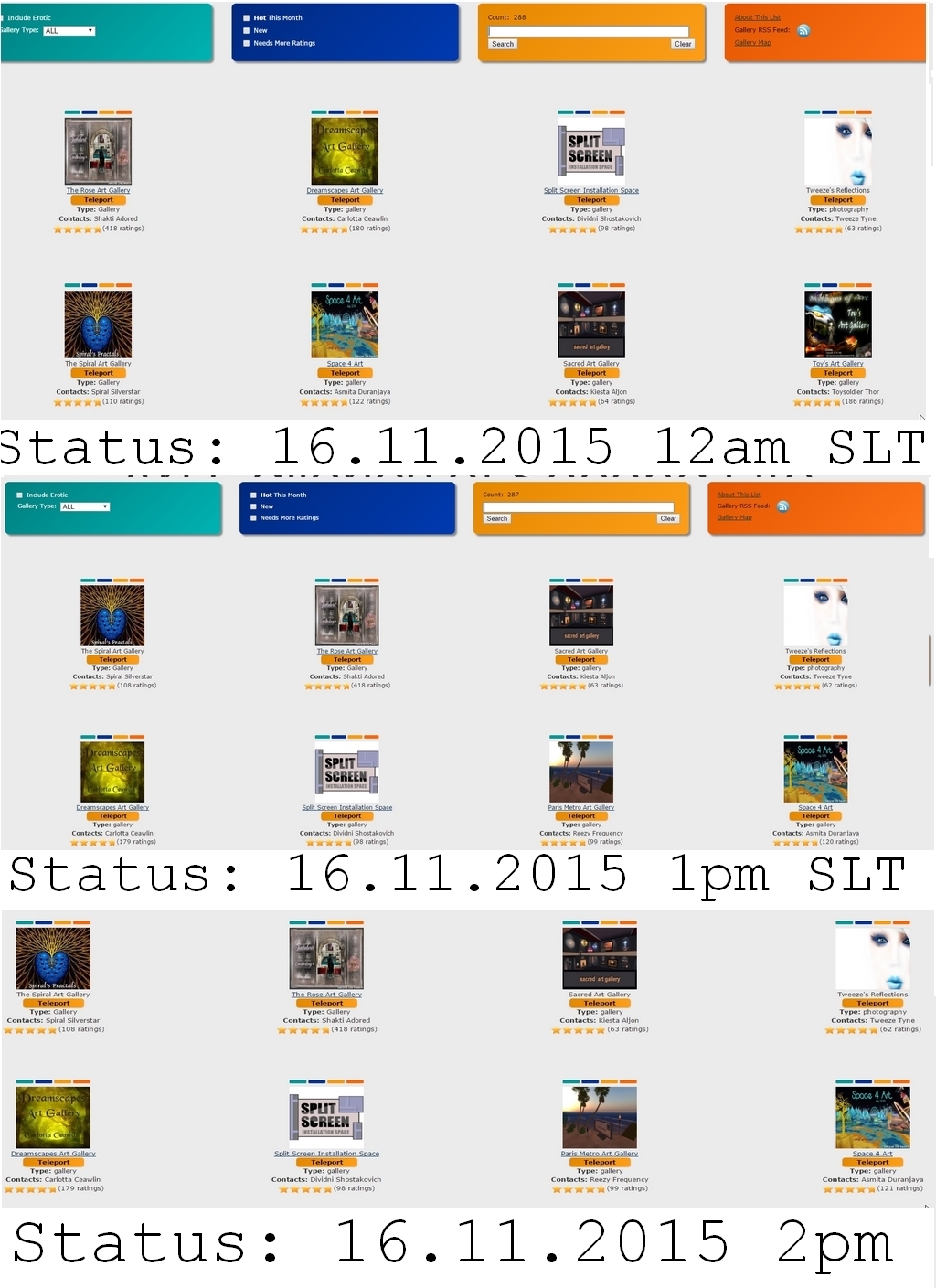 The photos above show the first two lines of the gallery-list and screenshots taken at intervals of one hour. Space 4 Art is in the second line with 122 votings. The Spiral Art Gallery is with 110 votings also in the second line. The Rose Gallery with impressive 418 ratings is on the first place. Nevertheless it is also here dubious, why a the number of the ratings does not play any role in the sequence. But more dubious is, what happened one hour later: The Spiral Gallery is now on the first place infront of the Rose Gallery, other galleries with much less votings than many in the list have now got frozen places on the webpage. I tried with a friend and witness to vote for those galleries, but nothing changed. It is from that point on clear, that the administrator of the webpage has manipulated the position of the galleries. The next day something similar happened: 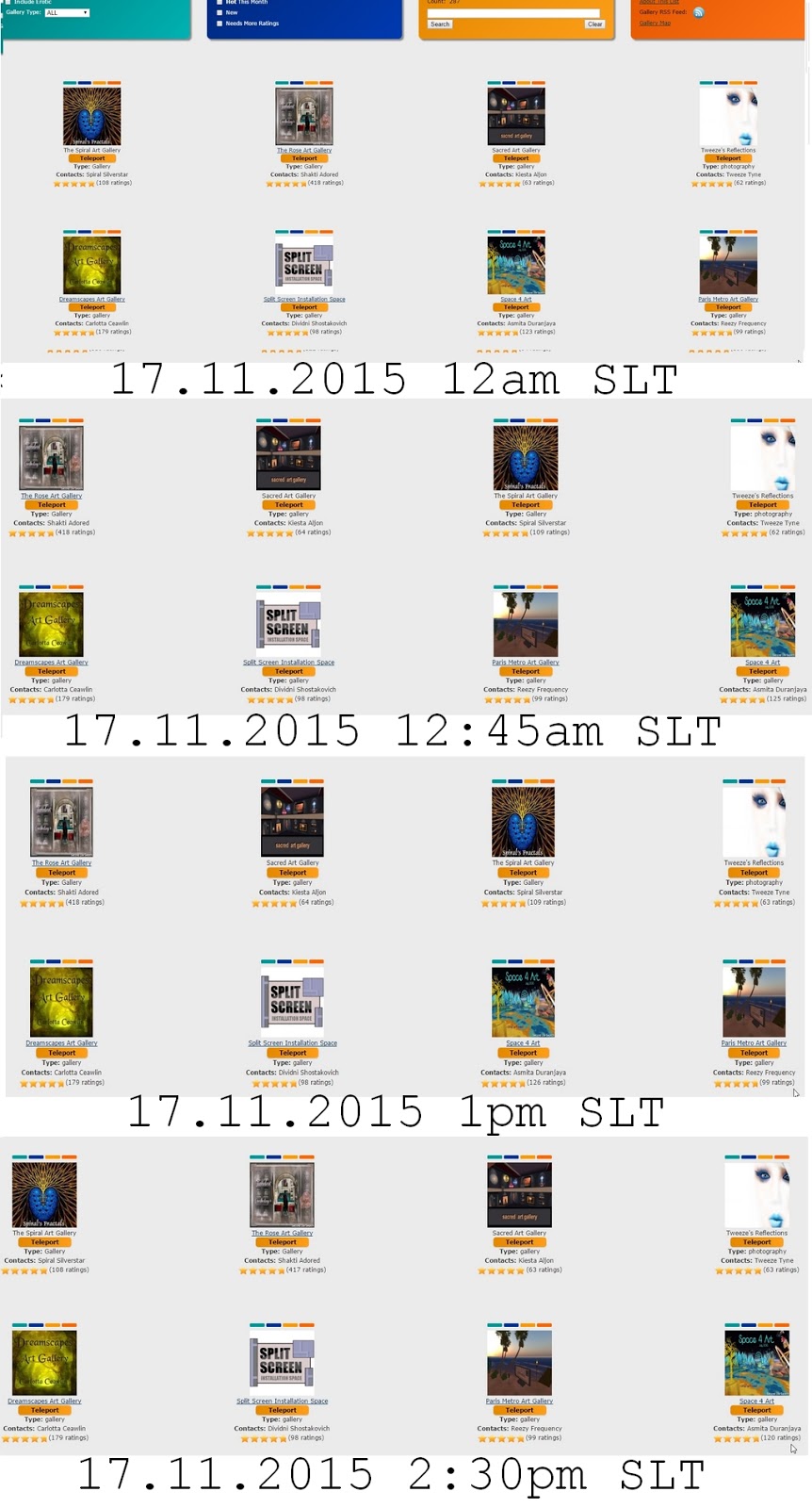 I think, not much comment is needed. The votings are removed and frozen again at 2:30pm. As an answer to Asmita's question, where the votes have gone, she was accused to use alts for getting votes and to send naked avis to Sasun's sim. Asmita affirmed, that she does not know the sim of Sasun and did not use alts for the votes. To find out, whether alts are used, you would have to spy for the IP-addresses and that would be against the TOS of Second Life. To use alts is not against the TOS and so it is not testable, whether alts are used for voting, also not for every other gallery in the list.
I will not deny, that the list and the tour-hud have been a good idea in the beginning. But if you use the hud, then you will be definitely guided to the first galleries in the list. And if these first spots are frozen and manipulated then the other galleries below the first line in the list will have very less chances to be visited. I tried the tour and after visitng four galleries I was tired and the next day I was distracted by other things. This list is no indicator for quality and shows an awry picture of art in Second Life. I think if an artist is convinced of producing good art, he should avoid to join a useless system.
Space 4 Art has a new voting, greeting and comment system and will give out a list with own recommendations of art galleries in Second Life worth a visit. So at last Asmita has been happy to save prims by removing the old kiosks.
http://maps.secondlife.com/secondlife/Space%204%20Art/127/127/25 . 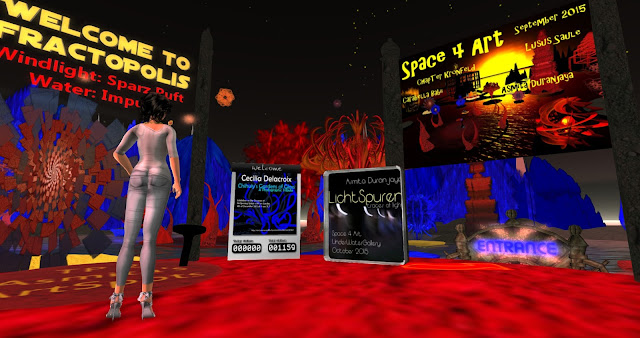 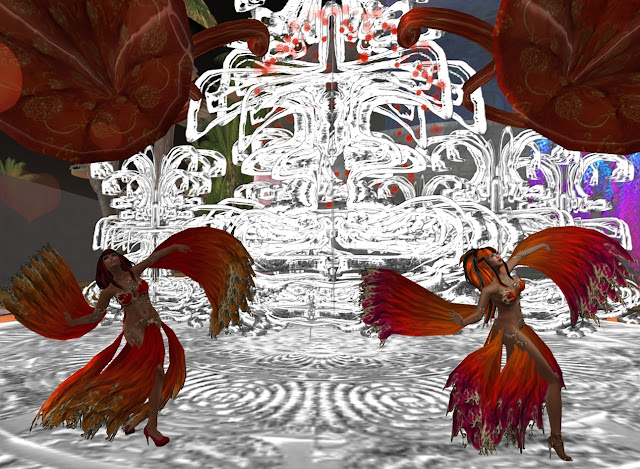 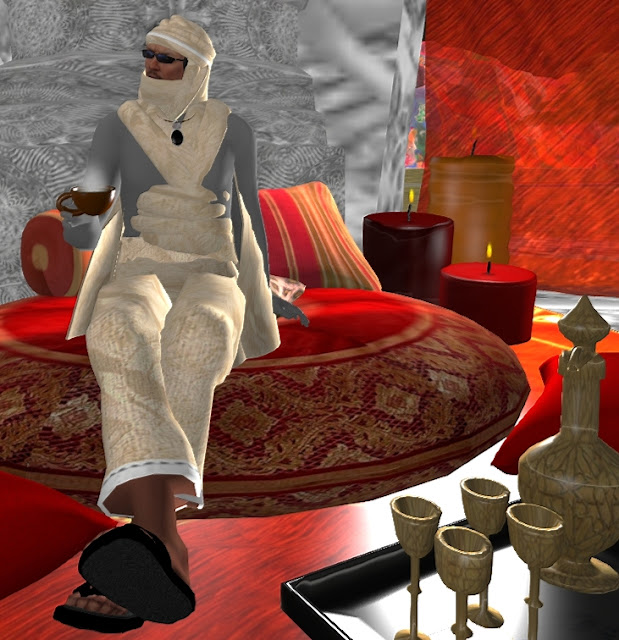 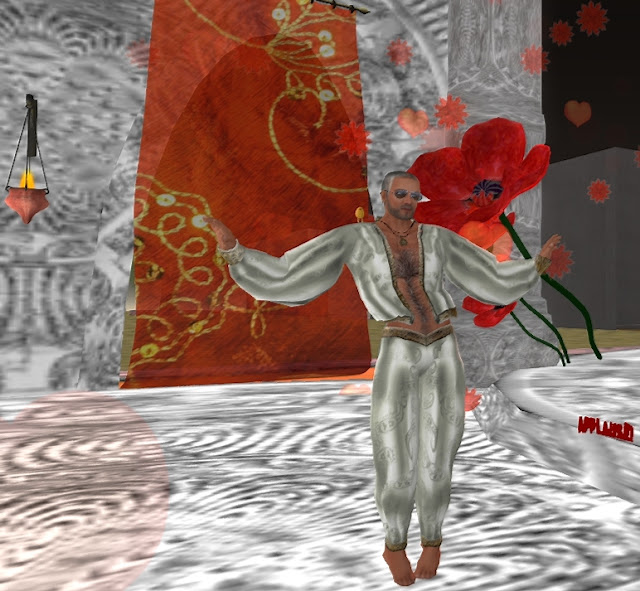 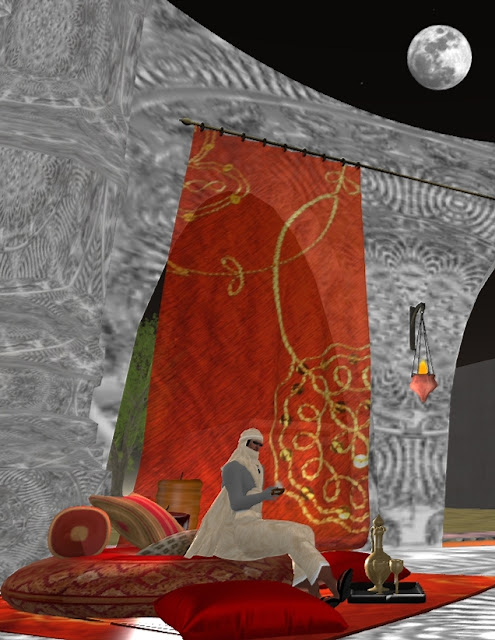 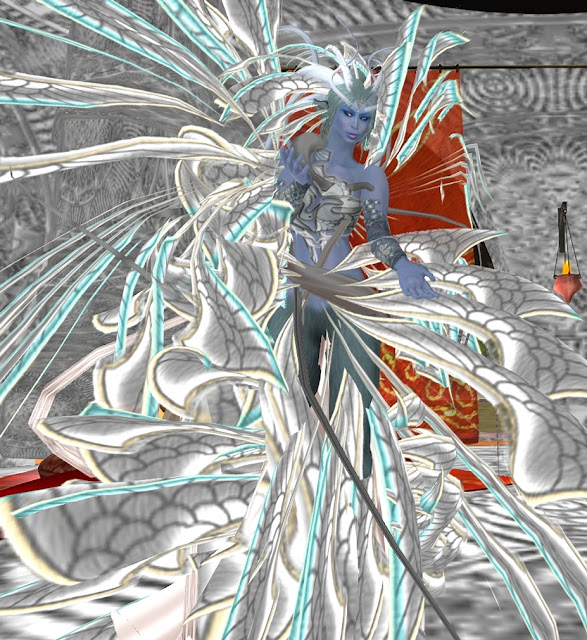 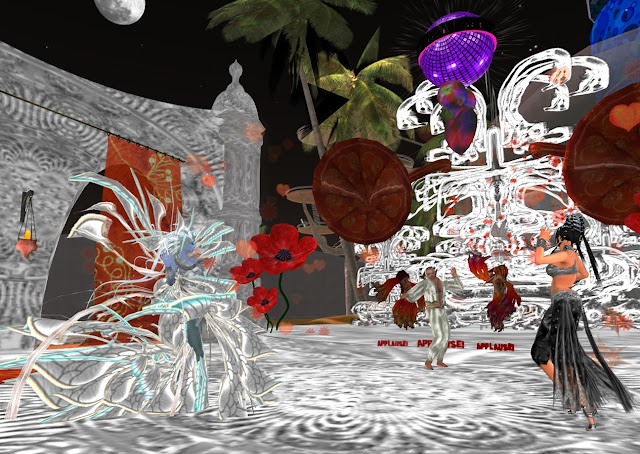 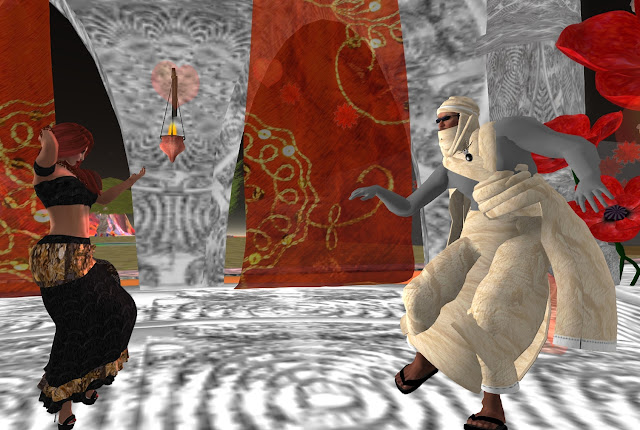 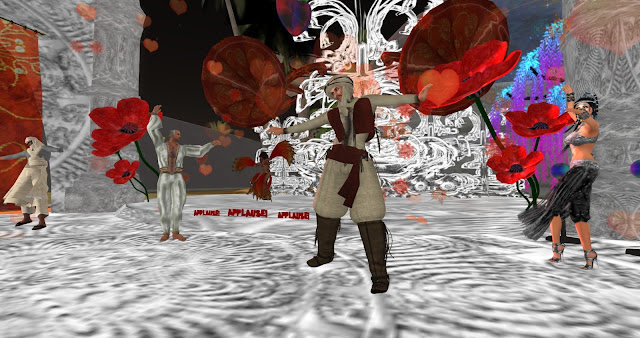 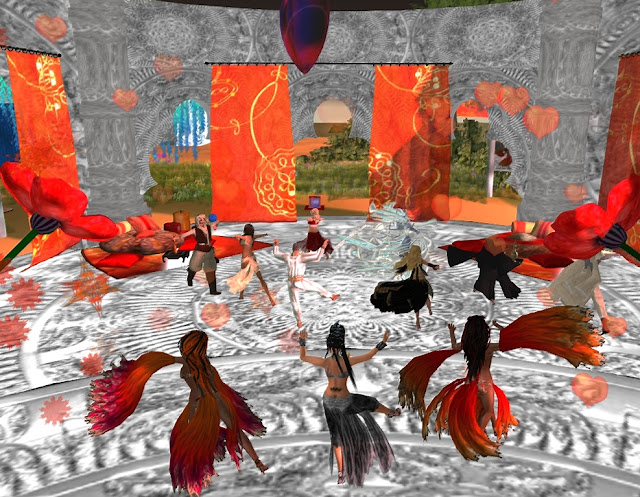 Not much to tell about this brilliant dance show organised, managed and presented by Jie Loon in Second Life, this time with stage-backgrounds by Asmita Duranjaya - here some photo impressions, that speak for themselves: 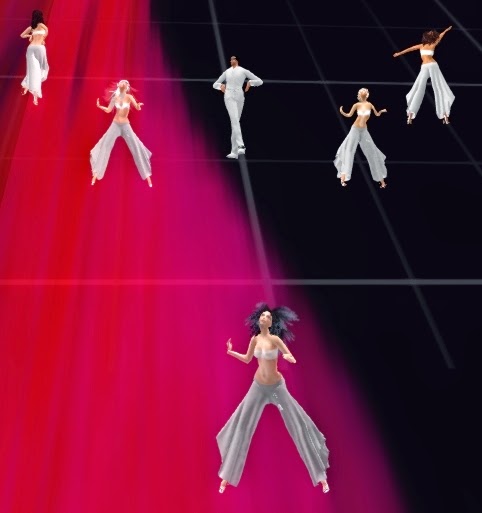 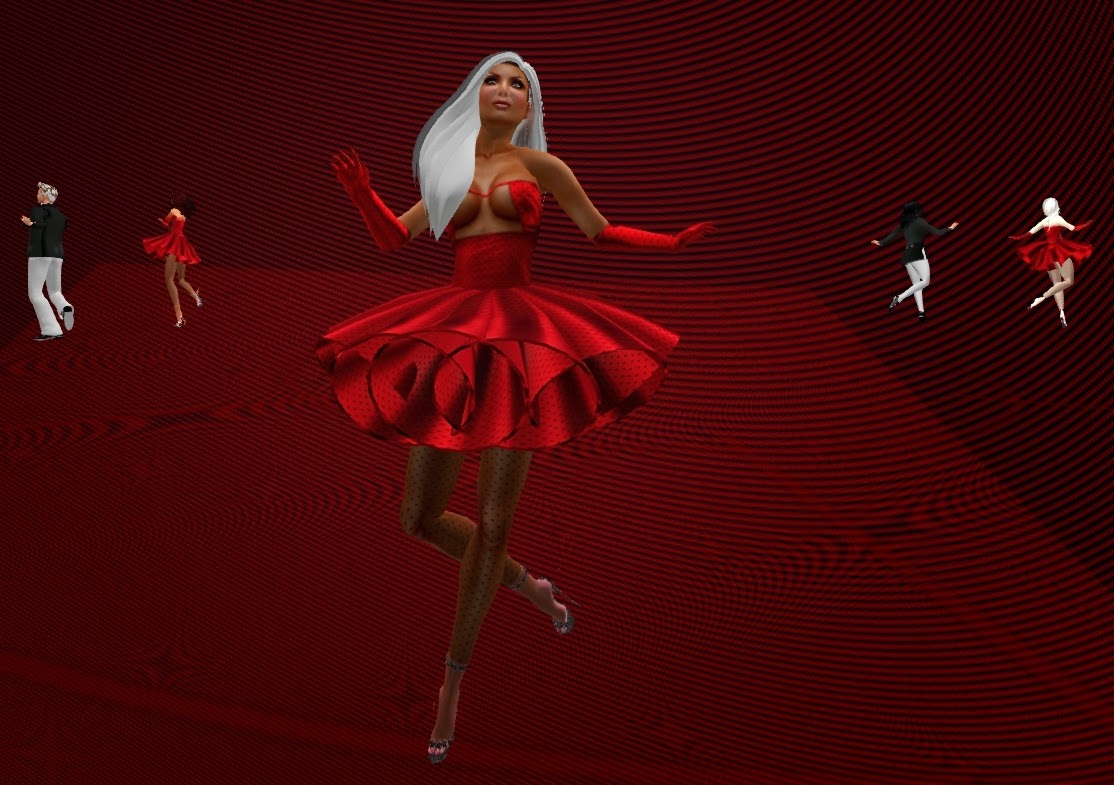 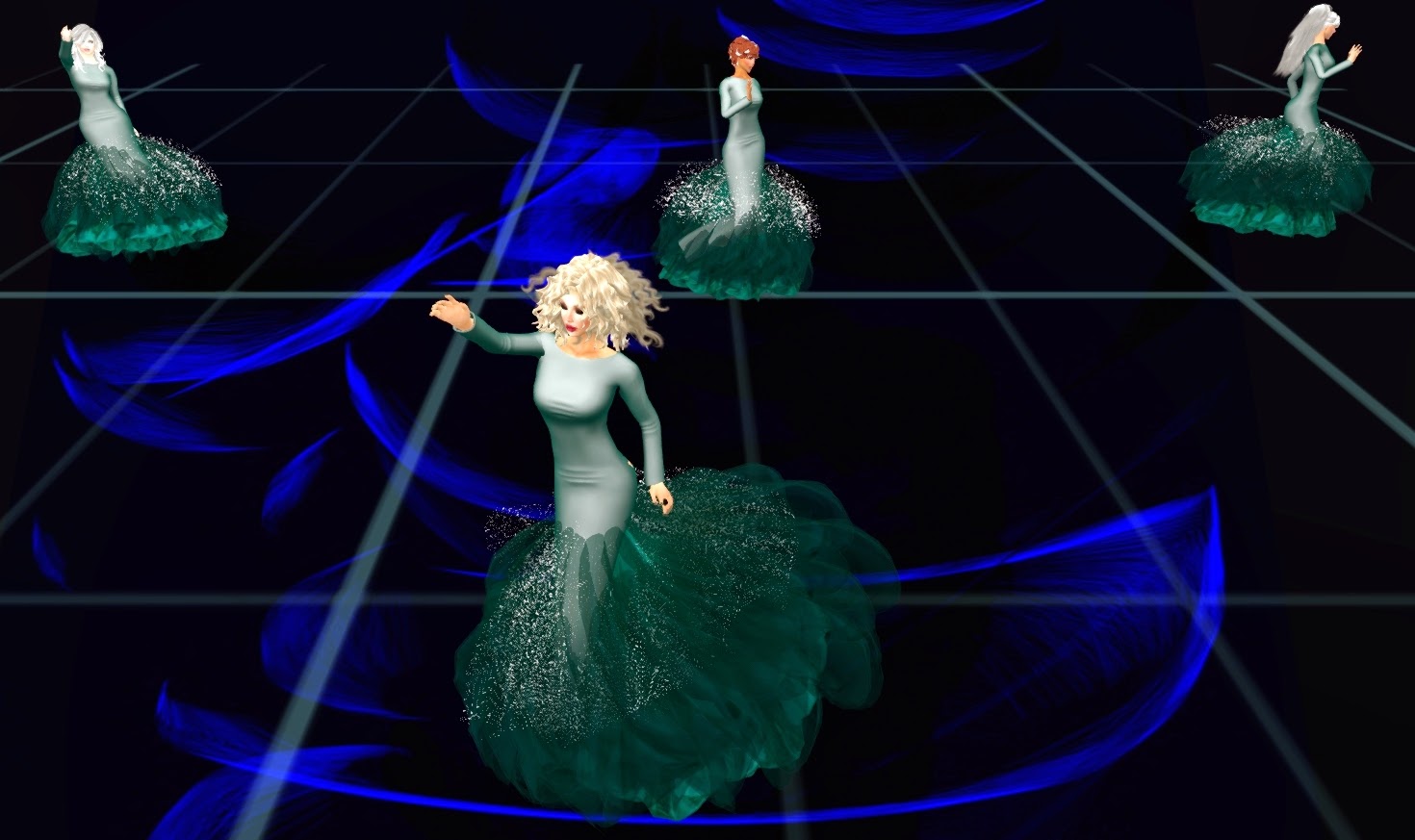 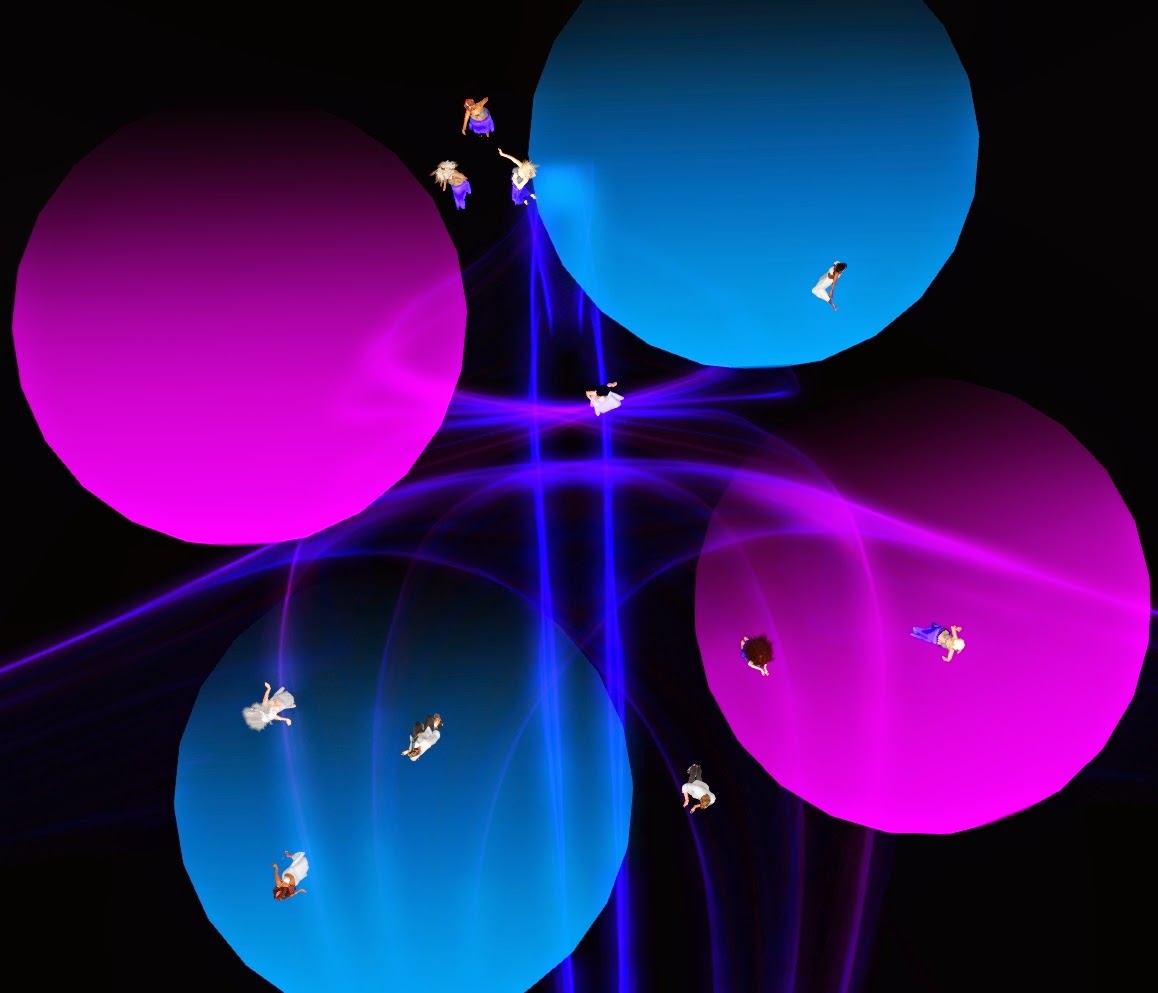 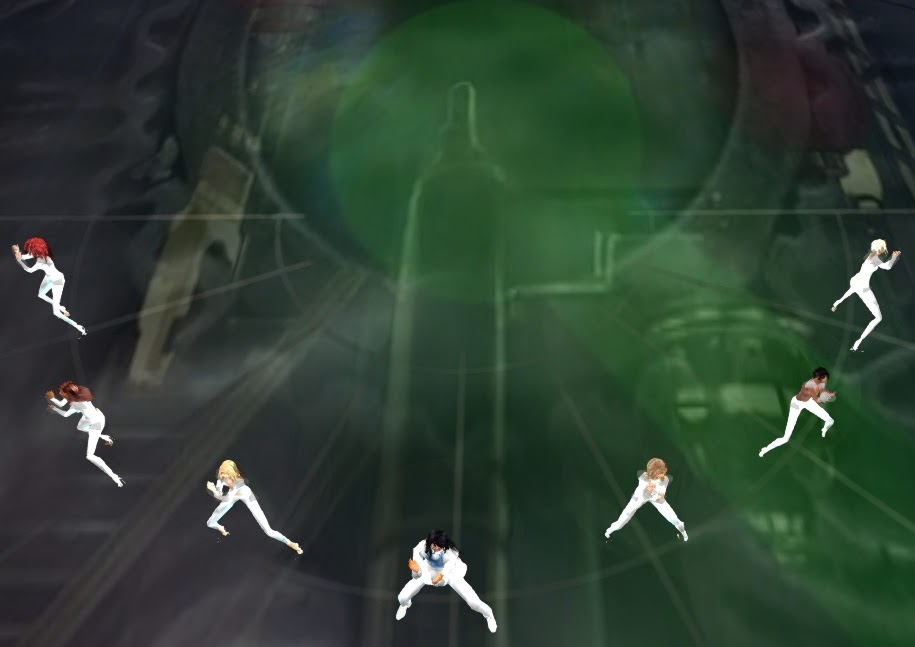 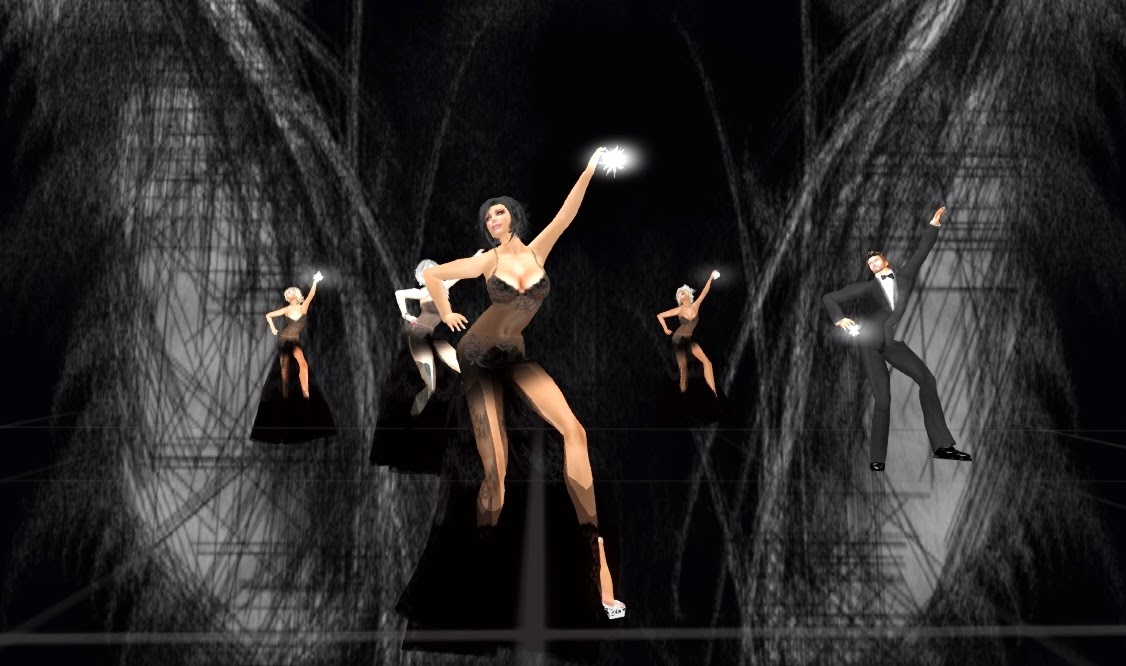 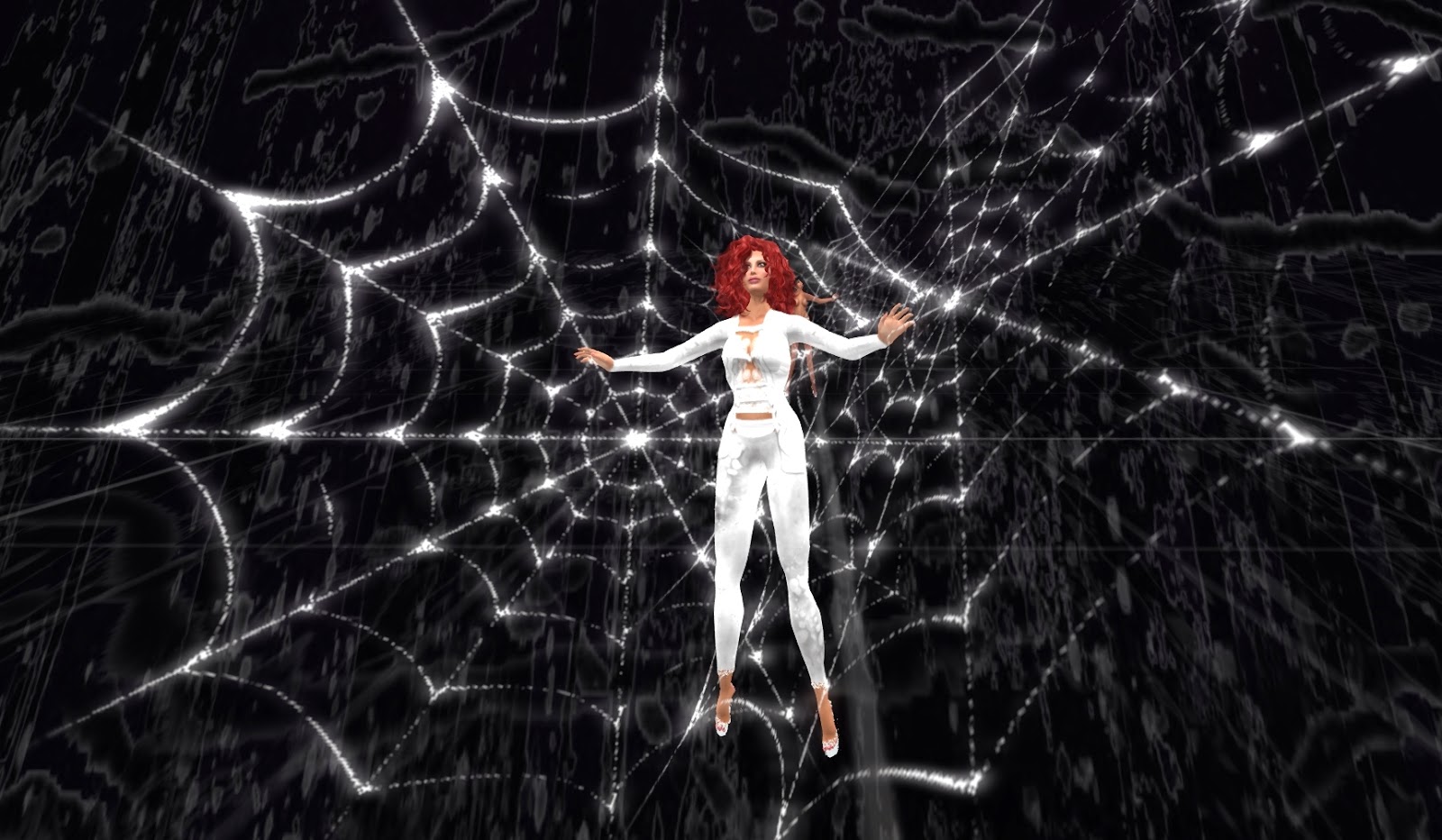 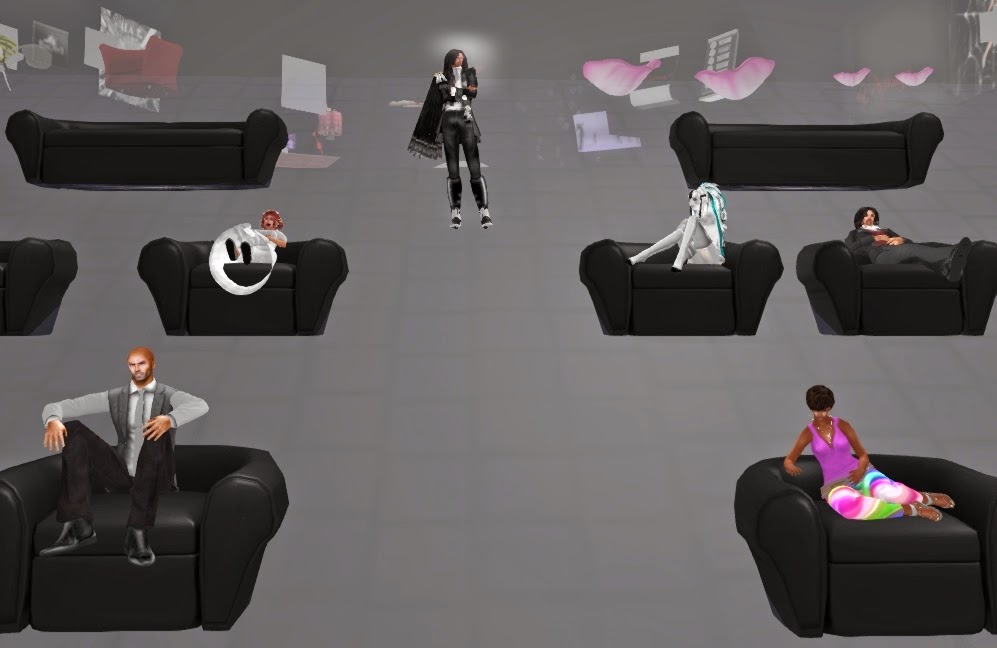 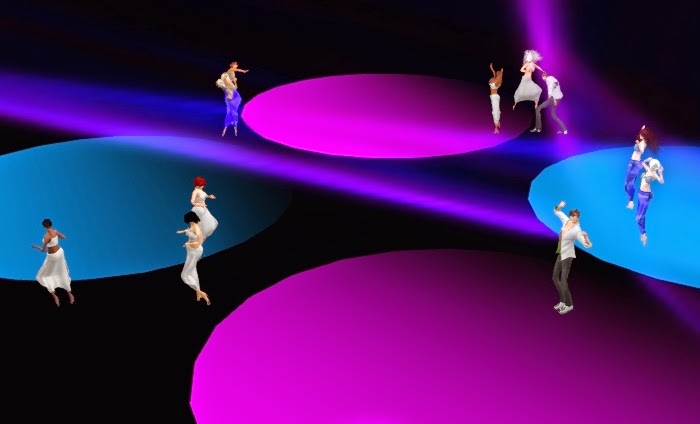 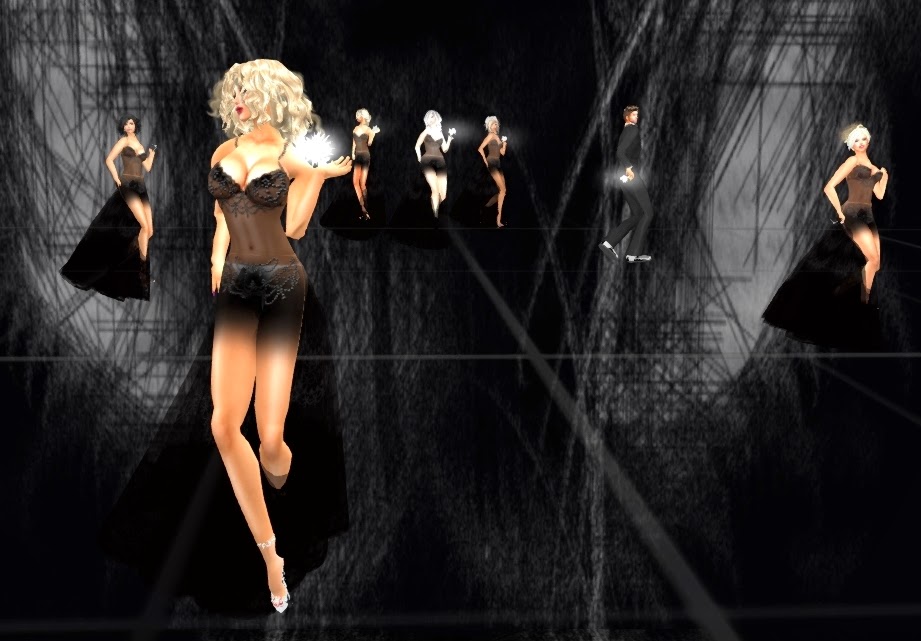 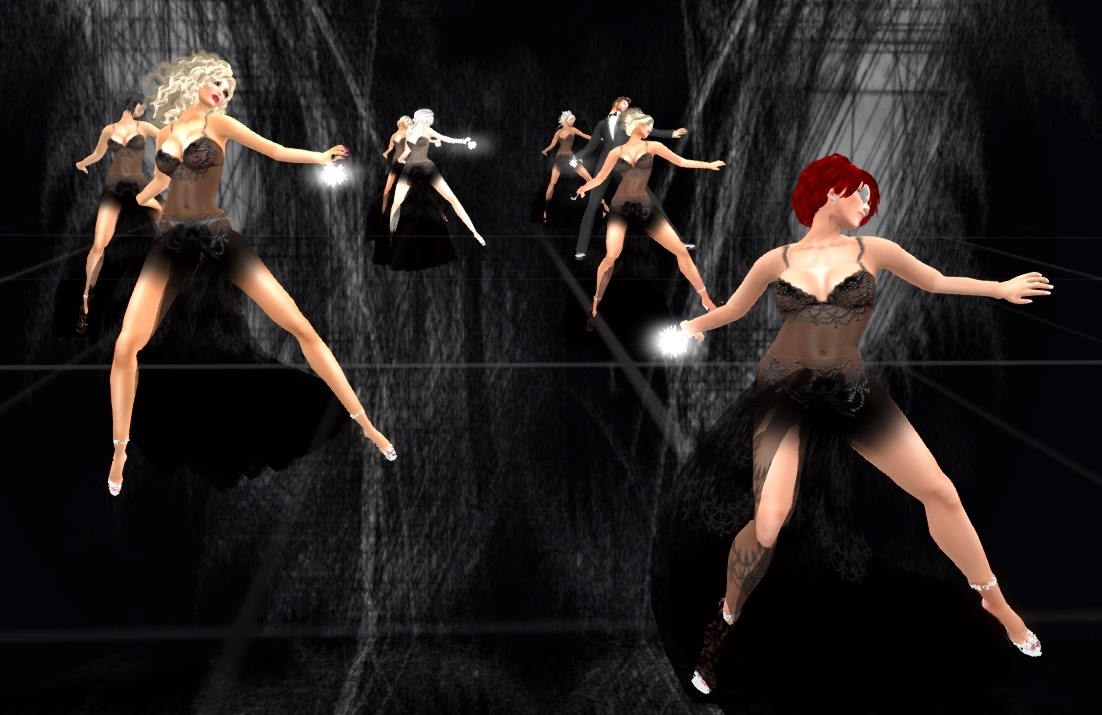 My first question is, what target group had artistic director Frantz Catteneo in mind, when he presented this exhibition with the model Eva on his photos of step-stones of modern art? Too naughty for educational purposes and not serious enough for art lovers could be the critical comments on this show. Is it a fresh helpful idea or is it just respectless towards the famous artists, who become the background for a nude model? Isn't Eva more disturbing in the picture or can she function as a kind of spicy ornament? It is up to the visitors to decide: 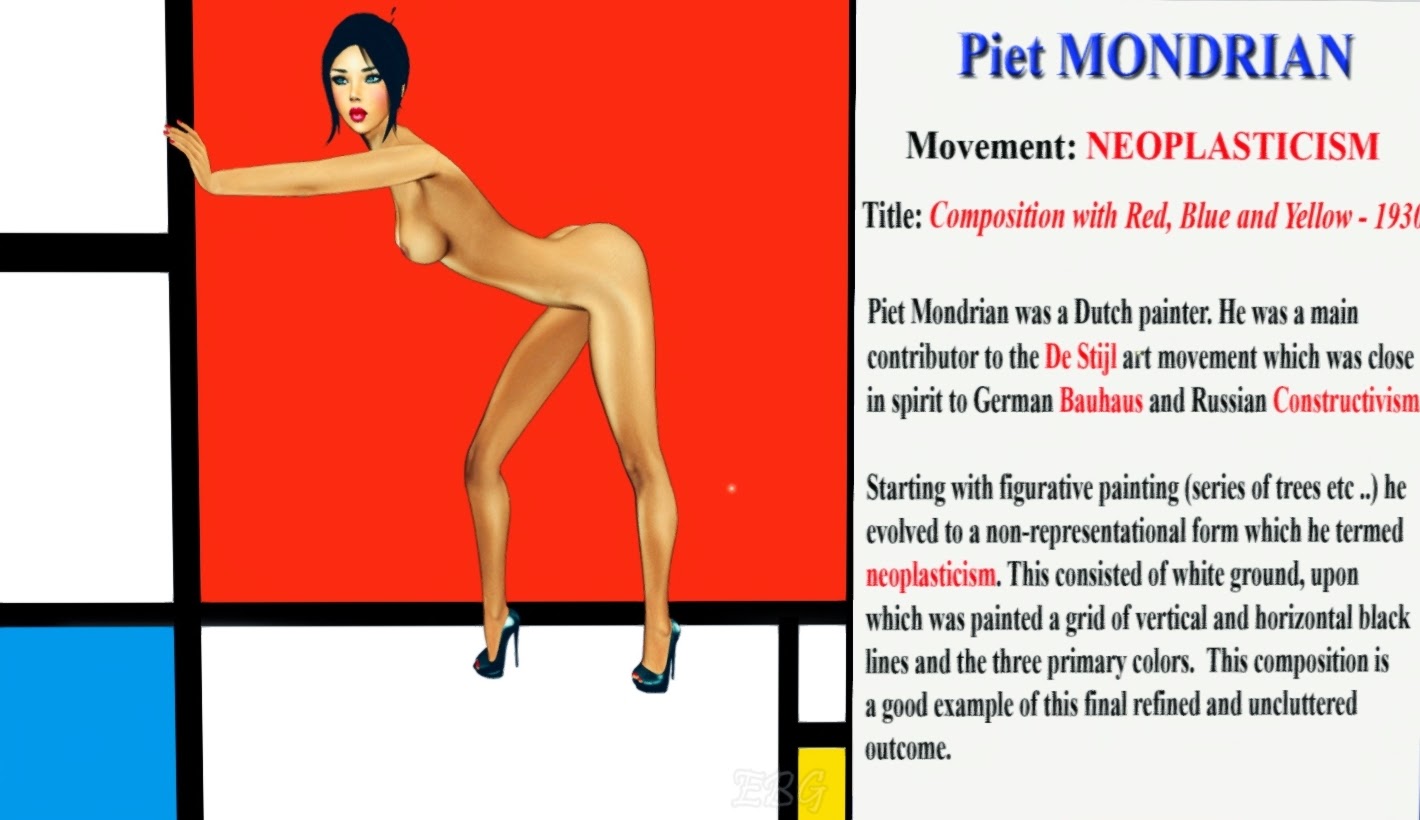 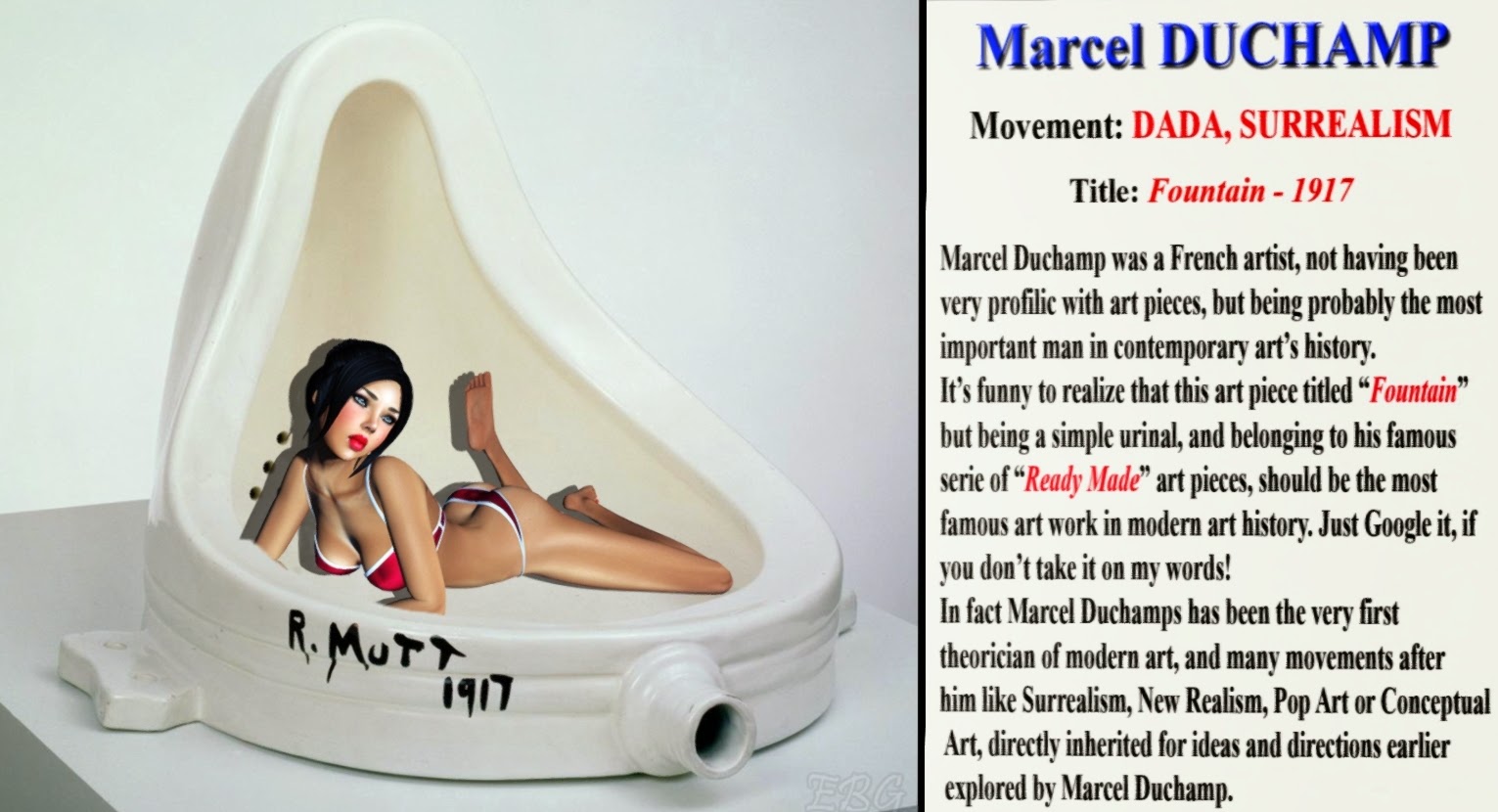 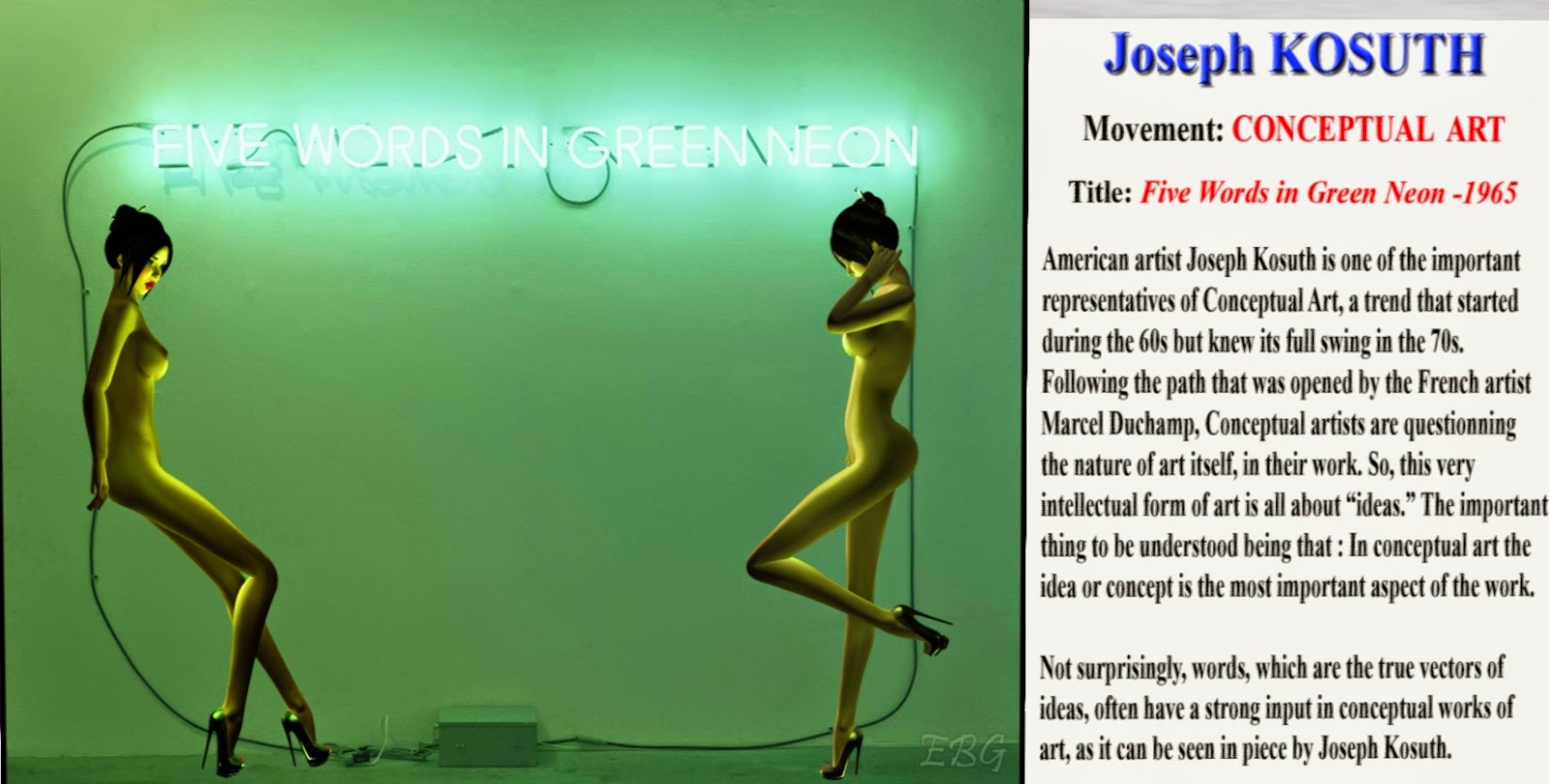 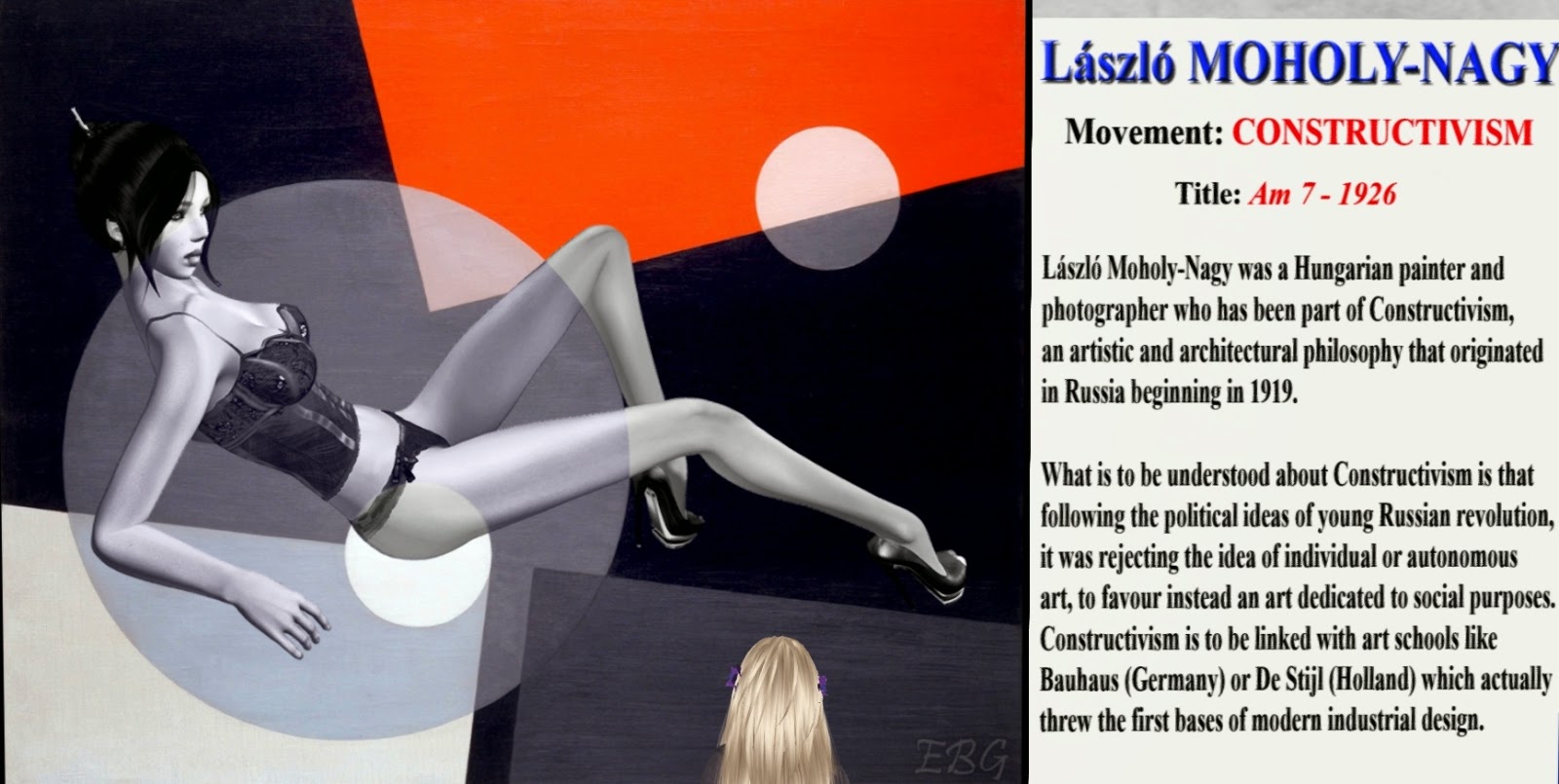 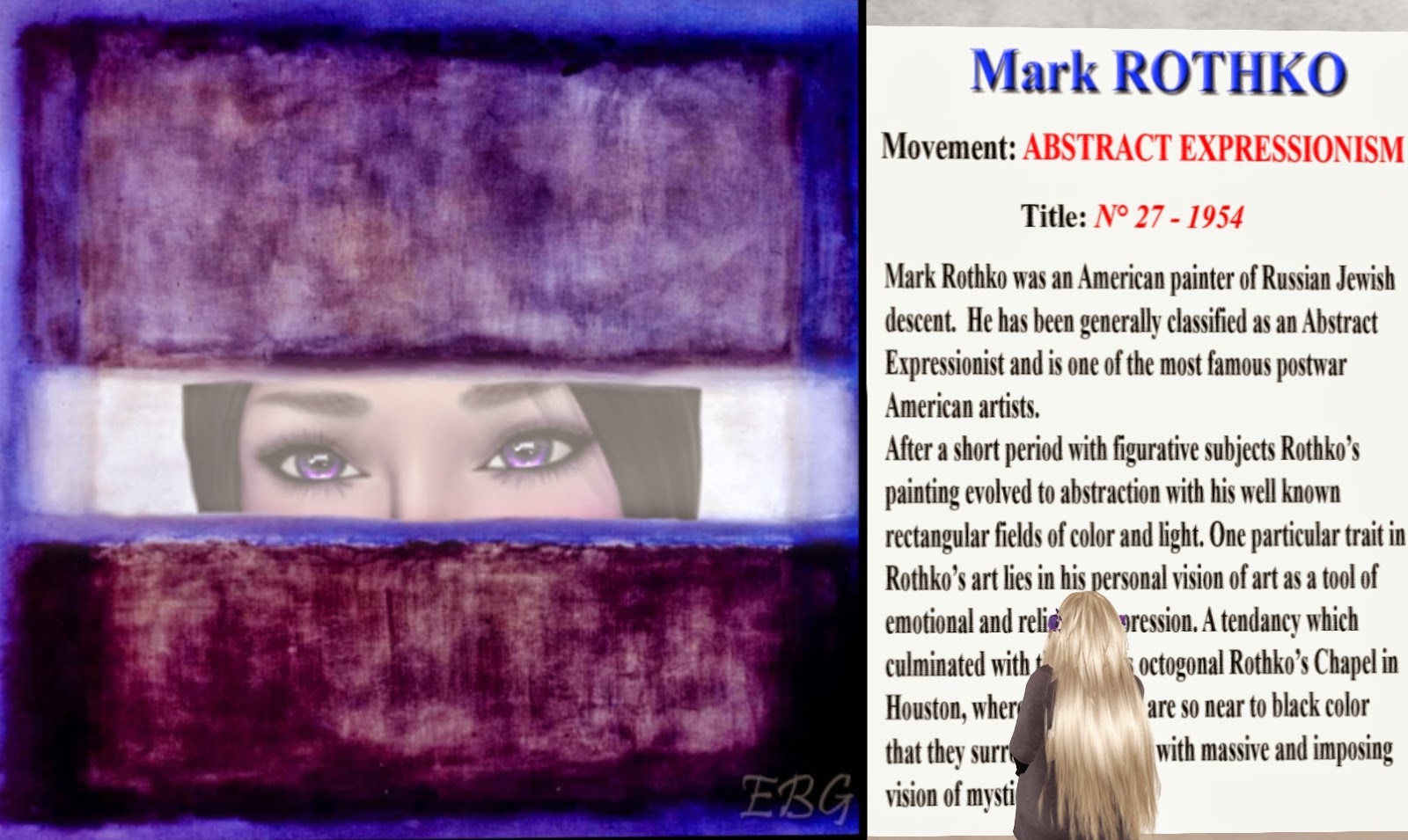 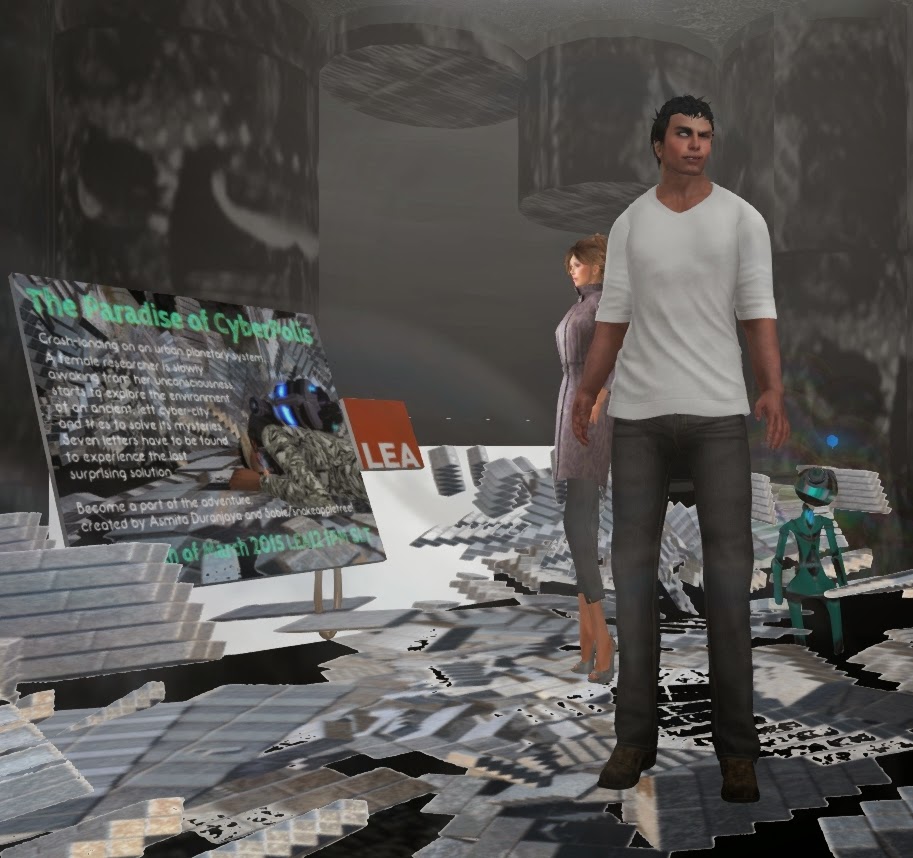 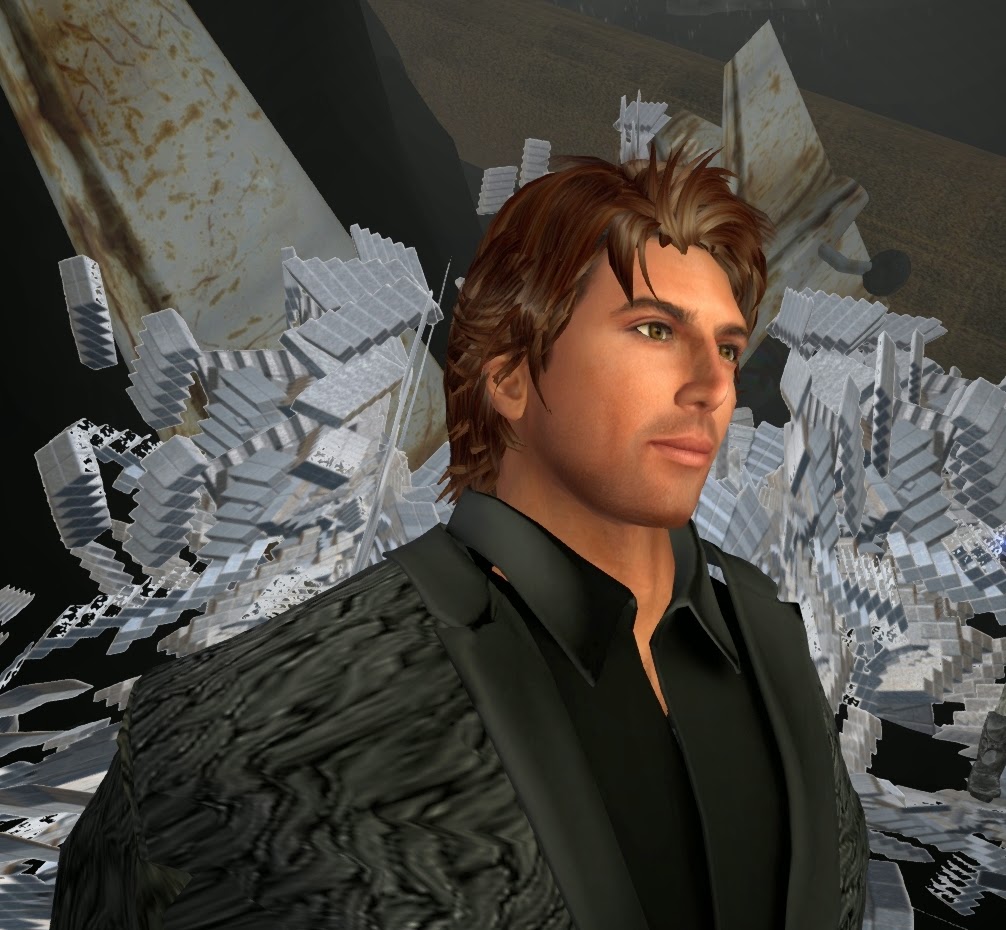